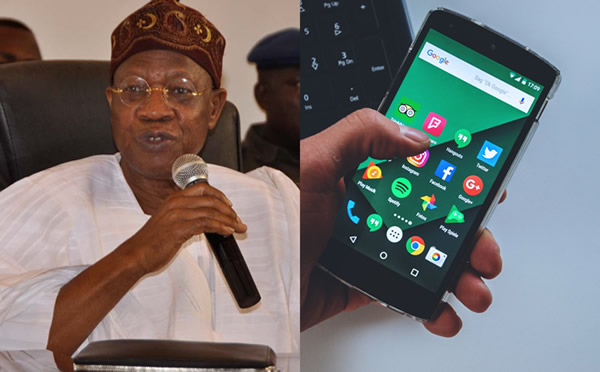 The Federal Government yesterday insisted that all Over The Top (OTT) platforms, such as Facebook, WhatsApp, and Instagram, must register with the Corporate Affairs Commission (CAC) and be licensed by the National Broadcasting Commission (NBC) to continue operating in the country.

It also rolled out conditions that Twitter must fulfill before the suspension of its operations in Nigeria could be lifted.

Minister of Information and Culture, Alhaji Lai Mohammed, while briefing State House correspondents after a Federal Executive Council meeting in Abuja, also said Twitter had reached out to the federal government for talks on resolving the issues that led to the suspension of its operations in Nigeria.

However, the opposition Peoples Democratic Party (PDP) doubled down on mobilising pressure on the federal government to reverse the suspension with a plea to the United States, the United Kingdom, Canada, Saudi Arabia and others to impose a visa ban on President Muhammadu Buhari and Attorney-General of the Federation and Minister of Justice, Mr. Abubakar Malami, and other cabinet members involved in stifling free speech in Nigeria.

A day after Mohammed announced the suspension, Malami, in a statement last Saturday had directed the prosecution of those still tweeting after the suspension.

Also, the Minority Caucuses of the two chambers of the National Assembly rallied defiance of the federal government’s directive stopping Nigerians from tweeting.

Also, the United States Agency for International Development (USAID) has urged Nigeria to immediately reverse the suspension of Twitter, saying it is tantamount to opposing free speech.

Mohammed said Twitter yesterday morning reached out to the Federal Government, calling for a high-level discussion to resolve its operation suspension issue.

Yes, it is true they’ve made, reached…only this morning I got, you know, communication that yes, they are now ready to hold senior-level discussions with us. Just now, I just confirmed with my colleague now. Yes, we just got the information now.

Asked whether the government will hold the discussion with Twitter, Mohammed replied:

Why not? We will. But our conditions are already laid out to you. One, to do business in Nigeria, they must register as a Nigerian company. Two, they must be licensed and three, they will have to refrain from using the platform for activities that are inimical to the growth of Nigeria, to the corporate existence of Nigeria.

From there, any other issue can come up. We already talked to them.

He stated that the microblogging platform was suspended because it provided an avenue for people threatening the corporate existence of Nigeria.

He also accused Twitter founder, Mr. Jack Dorsey, of helping to fund last October’s #EndSARS protest while allowing the leader of the proscribed Indigenous People of Biafra (IPOB), Nnamdi Kanu, to use the platform to call for the killing of policemen.

He said Twitter failed to take down Kanu’s tweets despite repeated requests to do so.

He listed conditions that must be met even if there is a discussion with Twitter to include that it must now be registered in Nigeria as a business concern.

According to him, there is no infringement on freedom of speech with the suspension of Twitter because Nigerians can still use other platforms such as Facebook and Instagram.

He also denied that the suspension is not effective as Twitter is losing money as a result of the action.

On the circumstances that led to the suspension of Twitter, Mohammed said all social media groups would have to be registered like they did in other countries, for them to function now in Nigeria.

As you are aware, last Friday the federal government suspended Twitter operations in Nigeria indefinitely, and the reason we gave was because of the persistent use of the Twitter platform for activities that are capable of undermining Nigeria’s corporate existence.

On Friday, also the government directed the regulatory body, the National Broadcasting Commission, to immediately commence the process of licensing all OTT, Over The Top social media operations in Nigeria.

“And I believe that we’ve done that I think by today, that advert is out asking that all OTT and social media coverage operating in Nigeria should apply for registration and licensing.

I want to repeat that is because Twitter has consistently made its platform available to those who are threatening Nigeria’s corporate existence that is the reason for suspending their operations in Nigeria.

Because we’ve found out that Twitter is actually the platform of choice for a particular separatist leader who resides outside the country and issues directives to its members to attack symbols of government authority, such as the police, the military, the electoral commission offices, correctional centres, etc. And this is being done willfully and consistently without any consequences from Twitter.

You know, no country worth its name will tolerate that. And no company, no matter its self-importance, will force any nation to accept this.

It may interest you to know that most of the OTT and social media platforms operating in Nigeria do not have any office in Nigeria and do not pay taxes to the Nigerian government for the billions they earn here. That is not the best practice globally, and that is why we are insisting that for you to operate in Nigeria, you must first be a Nigerian company and be licensed by the broadcasting commission.

Therefore, any OTT or social media platform operating in Nigeria must do so legally. One, registered with Corporate Affairs Commission, licensed by National Broadcasting Commission and then adhere to the conditions stipulated in their licences. We have already advertised the notice to the companies concerned to apply for registration of licence.

Many one of the commentators have said suspending the operation of Twitter is like stifling freedom of expression. And I said no. Twitter is just one of the many platforms through which Nigerians can express themselves. There is Facebook, there is Instagram, there’s WhatsApp. There’s Google Hangout and others. They have not been suspended.

And in any case, as I have said in several fora, it is because we have a country called Nigeria that we can start talking about free speech. And of course, there has to be a country before people can able to transact their businesses using social media platforms.

Citing the fact-checking done by online newspapers, the minister accused Dorsey of funding the #EndSARS protest.

So, whether he donated money himself or helped to raise money, the Twitter owner is one of those who helped to fund the #EndSARS protests that were later hijacked leading to loss of lives and massive destruction of property.

Like I said last Wednesday, you can see from the fact-checking, the role of Jack Dorsey is suspect. His interest in Nigeria is inimical to our growth.

Our decision to suspend Twitter has been lauded by some, it has been decried by some. But we want to make it clear that what is important to us is the sovereignty of Nigeria.

Impose Visa Ban on Buhari, Malami, Others PDP Tells US, UK, Others

Meanwhile, the PDP yesterday called on the United States, United Kingdom, Canada, Saudi Arabia and other members of the international communities to immediately impose a visa ban on President Muhammadu Buhari and members of his cabinet involved in stifling free speech in Nigeria.

The PDP predicated its demand on the alleged violation of UN International Charter on Human Rights by Buhari by suspending the use of Twitter in Nigeria.

The PDP, in a statement by its National Publicity Secretary, Mr. Kola Ologbondiyan, described the suspension as a violation of Article 19 of the UN Charter as well as section 39 of the 1999 Constitution (as amended), which guaranteed freedom of expression to all Nigerians.

The party also urged the world bodies to also sanction Mohammed, Malami and some leaders of the All Progressives Congress (APC) for their individual roles in the suspension of Twitter in addition to associated harassments and threats to Nigerians.

The PDP urged the countries to bar Buhari, Mohammed, Malami and their family members from entering their territories for any private purposes whatsoever.

Also, the joint Minority Caucus of the Senate and the House of Representatives has called on Nigerians to ignore the Twitter suspension.

The lawmakers described the suspension as draconian as it has resulted in the loss of sources of livelihood for many Nigerians.

restates its condemnation of the embargo as draconian and unacceptable.

The caucus also dismissed threats by the Federal Government to arrest and prosecute Nigerians for using Twitter, calling on Nigerians to

go ahead and use their Twitter (handles) as they would not be contravening any law in Nigeria or any international statute.

The lawmakers cited the provisions of Articles 19 and 20 of the United Nations Charter on Fundamental Human Rights, which Nigeria is a signatory to, as well as provisions of Sections 39 and 36 (12) of the 1999 Constitution (as amended), stating that

by these provisions, no one will be violating any law for using Twitter in Nigeria.

As lawmakers, the joint caucus is pained by the anguish Nigerians, especially the youths, who find the use of Twitter as a means of livelihood and genuine social interaction, are passing through just because the APC-led federal government feels slighted that an individual’s post was deleted by Twitter for an ethical violation.

The joint caucus, therefore, calls on Nigerians to use various opportunities offered by technology and continue making use of Twitter since such does not violate any law in our country.

It is agonising that Nigeria and Nigerians have been losing billions of Naira on a daily basis since the ban on Twitter. This is completely unacceptable as it is worsening the already biting economic hardship and frightening unemployment level in the country.

An administrator of USAID, Samantha Power, in a statement, said:

There are nearly 40 million Twitter users in #Nigeria, and the country is home to Africa’s largest tech hub.

This suspension is nothing more than state-sanctioned denial of free speech and should be reversed immediately. 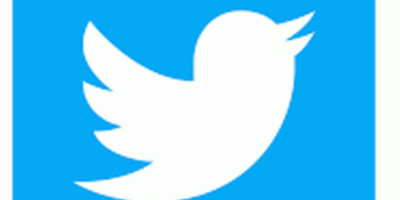