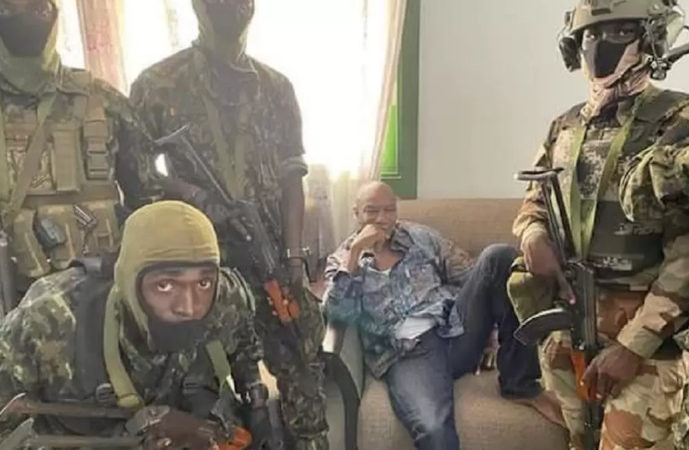 Democratic gains recorded on the continent, yesterday, suffered another tragic setback, when soldiers in Guinea, in an apparent coup d’etat, seized power from the country’s democratically elected President, Alpha Condé.

As at press time, the fate of the Guinean leader was still unclear after an unverified video showed him surrounded by soldiers and looking somewhat rattled and disorganised.

The soldiers also quickly announced the dissolution of the government on national TV.

The group of soldiers responsible for the unconstitutional takeover were alleged to be from the country’s Special Forces, an elite unit of the Guinean Armed Forces.

After capturing President Conde and detaining him, they announced a nationwide curfew “until further notice” as well as the replacement of governors by the military.

The junta also said in a statement read out over national television that it would convene Conde’s cabinet ministers and other top officials at 11:00 am (1100 GMT) Monday in the capital Conakry

But, in an earlier rebuttal, the defence ministry said the attempted takeover had been thwarted by the presidential guards.

This followed hours of heavy gunfire near the presidential palace in the capital, Conakry.

Guinea joined the growing list of countries on the continent that have recently fallen into military rule. Equatorial Guinea in December 2017, Gabon in January 2019, Sudan in April 2019, Mali in August 2020. And in March this year, Niger Republic foiled an attempt by the military to seize power.

Meanwhile, the Nigerian Government and the United Nations Secretary-General, Antonio Guterres, have condemned the coup and demanded immediate release of President Condé.

A statement issued by the spokesperson of the Nigerian Ministry of Foreign Affairs, Mrs. Esther Sunsuwa, yesterday said:

The Nigerian Government is saddened by the apparent coup d’état that has taken place in the Republic of Guinea today (yesterday), in clear violation of the ECOWAS Protocol on Democracy and Good Governance.

The government strongly condemns and rejects any unconstitutional change of government and therefore calls on those behind this coup to restore constitutional order without delay and protect all lives and property.

The West African country of Guinea is rich in natural resources, but years of unrest and mismanagement have made the country to become one of the world’s poorest.

Nine unnamed soldiers, severally draped in the red, gold and green national flag, said they had taken over power, because of rampant corruption, mismanagement and poverty.

Calling themselves the National Committee for Reconciliation and Development, they said the constitution had been dissolved and that there would be consultations to create a new, more inclusive one.

Numerous reports have stated that the coup was led by an elite unit headed by a former French legionnaire, Lt.Col Mamady Doumbouya.

Also, in a viral video, which the media, including the BBC, has not been able to verify, the soldiers asked President Condé, 83, to confirm he was unharmed, but he refused to respond.

Sitting barefoot on a sofa wearing jeans and a printed shirt, he did not have any visible injuries. His current whereabouts were also unknown at press time.

Those behind the coup said all land and air borders had been closed for a week.

But from the defence ministry, forces loyal to the president have

contained the threat and repelled the group of assailants.

Earlier, the only bridge connecting the mainland to the Kaloum peninsular, housing most ministries and the presidential palace, was sealed off while many soldiers, some heavily armed, were posted around the palace, a military source told Reuters news agency.

There were unconfirmed reports that three soldiers had been killed.

As a result of the unrest, Guinea’s football World Cup qualifying match against Morocco at home on 6 September has equally been postponed.

Football body FIFA said the decision was made to

ensure the safety and security of all players and to protect all match officials.

President Condé was re-elected for a controversial third term in office amid violent protests last year, after the people suspected he amended the constitution to emerge the country’s life president.

The veteran opposition leader was first elected in 2010 in the country’s first democratic transfer of power. Despite overseeing some economic progress, he has since been accused of presiding over numerous human rights abuses and harassment of his critics. 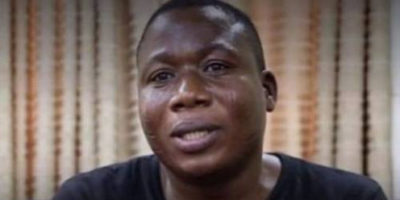 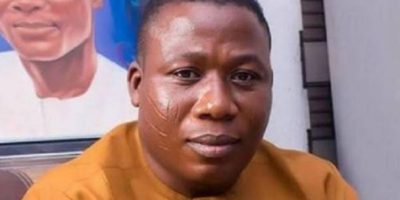