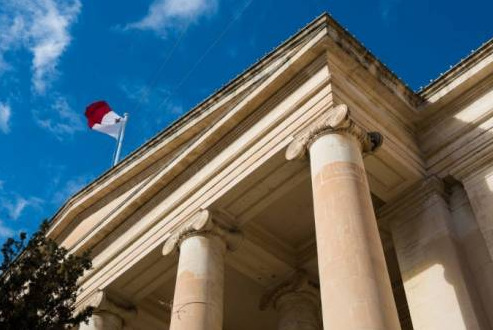 A drug courier in his testimony has confessed to partaking in a sting operation 11 years ago that led to the arrest of Nigerian national, Kenneth Duru.

His testimony was read out to jurors in a Maltese court during trial on Wednesday.

Criminal proceedings against Duru, 43, date back to 2010 when he was arrested at a Birżebbuġa playground where he was allegedly expecting to meet a stranger to take consignment of the drug meant to have been smuggled into Malta inside the courier’s shoe, Nigeria Abroad reports.

The drug mule was intercepted and arrested upon his arrival at Malta International Airport and a plainclothes officer, impersonating the courier, had turned up for the meeting with the “dark-skinned man” wearing a cap, who was to receive the consignment.

Several plainclothes officers detailed in that operation, which had resulted in the arrest of Duru, are testifying in the trial.

The accused had originally been charged alongside a second suspected drug-trafficker, who had managed to flee the scene of the operation by scrambling on board an approaching bus after sensing that something was “fishy.”

The second suspect, Theophilus Nwadike, also a Nigerian, was later arrested and charged with conspiring to sell or deal in heroin.

Criminal proceedings have since been concluded in his regard.

The courier, then 19-year-old Spanish national Justo Ernesto Bellver Bayo, had subsequently been jailed and fined after admitting to his role in the drug-trafficking conspiracy.

Since the man was no longer in Malta and could not be traced, his testimony before the inquiring magistrate, as well as during the compilation of evidence against his alleged associates in the conspiracy, was on Wednesday read out at Duru’s trial.

Back in 2010, the unemployed teenager from Valencia had been lured into the illicit business by the prospect of earning some money, a Maltese outlet reports.

A friend by the name of “Carlos” had supplied him with the contact number of a guy called “Daniel” who subsequently set out the instructions for his first assignment, namely the consignment of an undisclosed amount and type of drug to a consignee in Malta.

Instructions were relayed to him step by step over the phone by “Daniel” who first directed Bayo to a gents’ restroom at a Valencia cafeteria where he was to retrieve a Samsung mobile phone, some €200 in cash and a reservation for the trip to the Netherlands.

Once he reached Amsterdam, Bayo was told to buy a new SIM card for his phone and to collect the drug-stuffed shoes from a bin at a train station.

Those shoes were to be worn by Bayo on the last leg of his journey to Malta and upon successful delivery of the drug, he was to get €3,000 for his work.

However, the minute he stepped off his flight from Amsterdam, he was stopped at customs control, where his luggage was screened and cleared.

But the passenger’s unusually heavy shoes roused suspicion, a female police officer testified on Wednesday, explaining how the shoes had revealed a “darkish mass” when x-rayed.

Bayo subsequently chose to cooperate with police in the controlled delivery, taking instructions from “Daniel” over the phone and relaying them to the officers in the moments leading up to the arrest of the suspect.

The female officer also described how she and other plainclothes colleagues had been instructed to head to Birżebbuġa around 9am the day after Bayo’s arrest at the airport.

She had first waited in the vicinity of the bay, near the hotel where the courier had been booked for his brief stay.

Later she was told to proceed to the playground where the encounter was to take place, acting like any ordinary citizen so as not to raise suspicion.

She said that around 11.30am, she had spotted one of her colleagues talking to a “dark-skinned man” but could not recall further details since years had lapsed since that day.