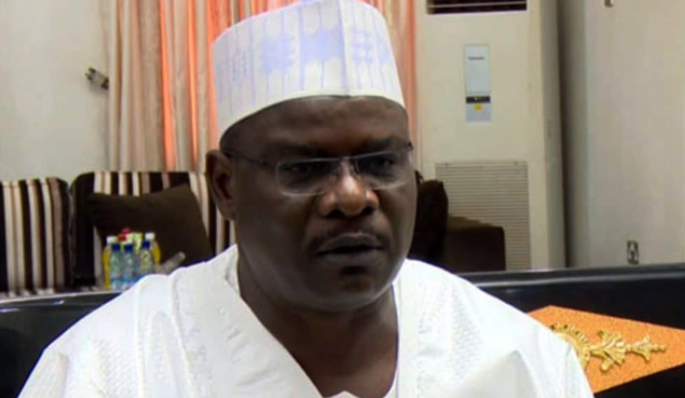 Former Senate Leader, Senator Ali Ndume has canvassed for the proper profiling of Boko Haram insurgents who have dropped their arms with a view to determining those with bloods in their hands for prosecution.

He also stressed that repentant members of the terrorist sect should not be set free but should be appropriately profiled and interrogated to know those who are real criminals.

The Chairman of the Senate committee on Army who disclosed this while speaking with journalists at the weekend after a meeting with President Muhammadu Buhari at the State House, Abuja emphasised that the former insurgents cannot just be set free because they have surrendered.

According to him, though there may be innocent persons among them, some of whom may have been used as slaves and human shields, they must all be processed according to national and international laws.

The ranking Senator maintained that since the insurgents have surrendered, they cannot be summarily executed just as no one has the right to let them go without following due process of the law.

We have to resettle the victims, then process, interrogate and investigate or prosecute the repentant terrorists. Or if those that are innocent, because among those that surrendered, there are victims also because I know even in my place, in my local government, there are people that are trapped by Boko Haram and for all these years, they’re not part of the Boko Haram, but the Boko Haram used them as shield.

In fact, some of them were converted to what they call slaves because they are victims. Those that have surrendered to them are converted to slaves; they farmed for them, they do their manual works for them. So, if such people, in the process of surrender, if they come in, you have to find out whether he is actually Boko Haram or a victim of Boko Haram in the hands of Boko Haram.

Speaking specifically on reintegrating the former insurgents into the Borno society, Ndume said:

There is a national law that should guide all this and there’s international law that guides this because this is not the first time we’re having this sort of challenge in various countries.

What I’m saying initially, and I still maintain this position, in as much as we welcome the surrendering of the Boko Haram, it is very important that we follow the due process, according to the law of the land and the international law. That is to say, take them in, profile them, process them, investigate them, interrogate them and then those that are innocent, should be let go, and those that have blood in their hands, they should be appropriately prosecuted,