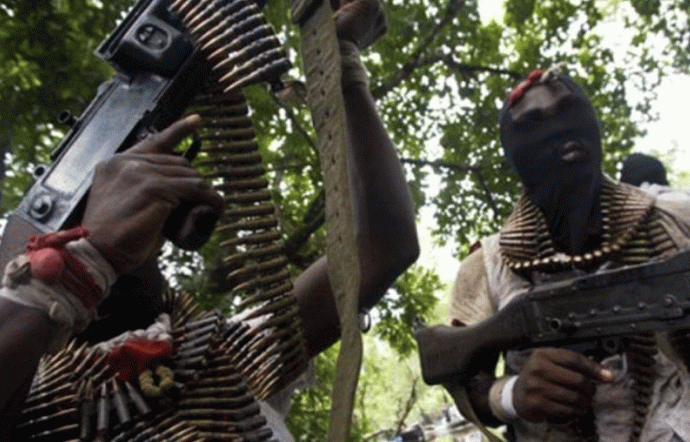 Flavision gathered that the two policemen killed in the attack were inspectors, but their identities were not disclosed.

The attackers also set ablaze two buildings in the compound before leaving.

This is coming as the Abia State Government yesterday confirmed the abduction of an unknown number of students of the Abia State University by gunmen.

There have been incidences of attacks on police formations in Anambra State.

The latest incident occurred just hours after the new Commissioner of Police, CP Chris Owolobi, assumed office in the state on Wednesday afternoon.

The state Police Public Relations Officer, DSP Ikenga Tochukwu, confirmed the incident, adding that the command was on top of the situation.

The PPRO said the Commissioner of Police, Chris Owolabi, had dispatched a tactical team for on-the-spot assessment of the incident.

The tactical team led by an Assistant Commissioner of Police was directed to have an on- the -spot assessment of the place.

The team was equally directed to possibly identify and apprehend the hoodlums that perpetrated the attack.

Meanwhile, the Abia State Government yesterday confirmed that an unknown number of students of the state-owned university was abducted by gunmen.

The missing students of Abia State University Uturu(ABSU), who were travelling in a minibus were said to have run into a gang of hoodlums operating along the Okigwe-Uturu road where they disappeared.

The State Commissioner for Information, Chief John Okiyi Kalu announced the disappearance of the students in a statement made available to journalists yesterday in Umuahia, the state capital, saying that the government was worried by this sad development.

Preliminary information available to us indicates that the students were moving in a mini van from Okigwe to Uturu between 7 pm – 8 pm when they ran into the armed gang who marched them into the nearby forest along with other yet-to-be-identified travellers,

He said that two of the students had

managed to escape from the hoodlums while others are still being held at a yet to be identified location.

We are working with the government of Imo State and relevant security agencies in both states to ensure the rescue of the abducted students and others,

However, the commissioner advised members of the public and ABSU community

to remain calm as we will spare no resource in ensuring the safety of the victims.

No criminal operating within our environment will be allowed to escape justice as we take the job of protecting the lives and property of Abians and visitors to the state very seriously,

Efforts to get the Abia State Police Command to confirm the incident did not yield result as the Police Public Relations Officer (PPRO), SP Geoffrey Ogbonna did not respond to phone calls put across to him.

Meanwhile, the authorities of ABSU have restricted all academic activities to run between 9.00 am and 4.00 pm in view of the current security situation in the country.

A statement issued by the Registrar, Mr. Acho Elendu, directed that all lecturers should strictly implement the directive, adding that any violation of the order would attract serious consequences.