After Asaba And Lagos Accords, What Next? 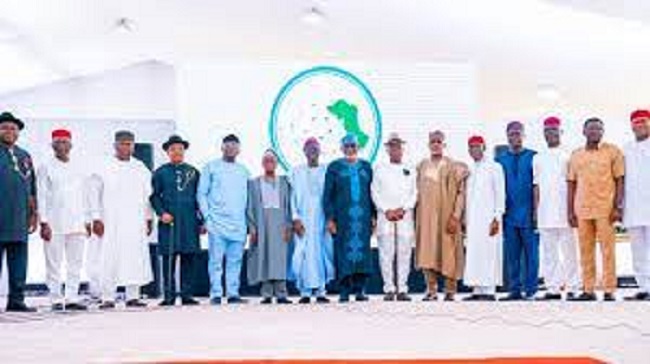 On May 11, 2021, Governors of Nigeria’s 17 southern states, under the aegis of the Southern Governors’ Forum, SGF, met in Asaba, the Delta State capital, to discuss pertinent issues of mutual concern such as security, open cattle grazing, resource control and the restructuring of Nigeria’s incongruous federal system of administration, following which they arrived at a 12-point resolution.

Two months, sequel to the Asaba converge, the SGF, held another meeting in Lagos State where one of the declarations made was that Nigeria’s next president should come from the southern part of the country, after the incumbent, President Muhammadu Buhari, who hails from the northern region, completes his two terms of eight years by May 29, 2023.
Other far-reaching decisions arrived at, as contained in the communiqué released at the conclusion of the Lagos converge, which was signed by the convener, Ondo State Governor and Chairman of the SGF, Arakunrin Oluwarotimi Akeredolu (SAN), included setting a timeline of September 1, 2021 for promulgation of the Anti-Open Grazing Law in all 17 member states; asking that security agencies must notify them as chief security officers of their states before carrying out any operation within their borders, alongside other agreements.

However, while several groups, unions, forums, associations and parties across the country backed the resolutions of the southern governors, their counterparts from the north alongside some prominent groups such as Miyetti Allah Cattle Breeders Association of Nigeria, MACBAN, Kulen Allah Cattle Rearers Association of Nigeria, KACRAN, and top northern personalities such as Senator Ali Ndume, Prof. Usman Yusuf et al, launched scathing attacks against them for taking such a stand, claiming that their resolutions constituted blanket calls for the partitioning of the country, which was contrary to the 1999 Constitution.

In a related development, both chambers of the federal government controlled National Assembly, in an apparent rebuff of one of the resolutions of the southern political chief executives on the Petroleum Industry Bill, PIB, demanding an upward review of the bill’s provision on the amount accruable to the oil producing communities of the south-south, adamantly pushed through the passing of the executive bill, which authorized a miserly 3 percent and 5 percent for the Host Communities Trust Fund, while 30 percent was permitted for the development of Frontier Basins.

However, notwithstanding the negative vibes emanating from the central government in cahoots with the northern political establishment, consequent to the Asaba and Lagos declarations, southern political chief executives must forge on, ensuring that these resolutions don’t end up as stillborn plans. They must be seen to be walking their talk, staying true to their demands and seeing to their logical conclusions.

They should immediately commence the full implementation of the positions canvassed at the Lagos and Asaba accords in their respective domains by proceeding to frame effective policies and legislations in line with their demands. The governors must maintain their positions on issues such as the selective criminal administration of justice and insist that arrests should be made within the ambits of the law. They must also not shift ground on the distribution of funds deducted from the Federation Account for the Nigeria Police Security Trust Fund among the States and Federal Government to combat security challenges, as well as rejection of the confirmation of exclusive jurisdiction in pre-election matters on the Federal High Court, alongside other demands that are meant to consolidate the country’s democracy and strengthen the electoral process.

For the Federal Government, it should completely eschew its penchant for viewing all contrary views from an adversarial standpoint, and see the demands of the southern governors as legitimate, genuine and timely calls for a better deal in the Nigerian state system, and proceed to take commensurate actions geared towards returning peace and stability to the country, with focus on greater sub-national and national growth and development.

President Muhamadu Buhari should expeditiously call for a Sovereign National Conference, SNC, stop his blanket support for open grazing, grant amnesty to all freedom fighters, and take all necessary steps towards restructuring the country, for the sake of justice, equity and fair play. He should respond to all security threats across the country with equal zest, and not leave Nigerians at the mercy of kidnappers, killer herdsmen, armed bandits and other criminal elements raiding communities, abducting and killing innocent people, tearing families apart, destroying livelihoods and properties.

Again, in the light of their raucous agitations for the restructuring of Nigeria’s subsisting system of federalism, which would expectedly result in devolution of powers from the center to the constituent units, southern political chief executives should concomitantly activate the processes of devolving powers to the local governments and judiciary, and also take into cognizance the physical, mental, emotional, social and financial development and growth of the youths in their constituencies’ in the framing of policies henceforth.

For the members of the northern political establishment, they must refrain from their adversarial, impulsive, impudent and highly hypocritical dispositions to the legitimate demands of their southern counterparts. They should understand that the country is in a dire situation that requires urgent and drastic actions to be taken.
For a positively peaceful order, it would pay us more to sit down and jaw-jaw, no need to war-war.
God save our country!

Jude Obuseh is a Nigeria based Peace Researcher and Practitioner, Journalist, Scholar, Publisher, Life Coach and Entrepreneur. E-mail at syncado2006@gmail.com 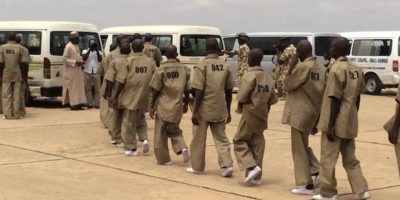 A couple of weeks ago, the Nigerian Military High Command announced that several commanders andRead More 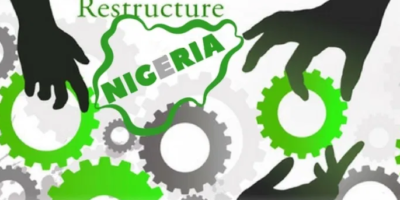 Another View of Restructuring

Crisp, blunt and incisive write up from an obviously very enlightened mind. Keep up the good work!

Flavision.com uses cookies to improve your experience while you navigate through this website. Out of these cookies, the cookies that are categorized as necessary are stored on your browser as they are essential for the working of basic functionalities of the website. We also use third-party cookies that help us analyze and understand how you use this website. These cookies will be stored in your browser only with your consent. You also have the option to opt-out of these cookies. But opting out of some of these cookies may have an effect on your browsing experience.
Necessary Always Enabled
Necessary cookies are absolutely essential for the website to function properly. This category only includes cookies that ensures basic functionalities and security features of the website. These cookies do not store any personal information.
Non-necessary
Any cookies that may not be particularly necessary for the website to function and is used specifically to collect user personal data via analytics, ads, other embedded contents are termed as non-necessary cookies. It is mandatory to procure user consent prior to running these cookies on your website.
SAVE & ACCEPT
wpDiscuz
1
0
Would love your thoughts, please comment.x
()
x
| Reply
%d bloggers like this: